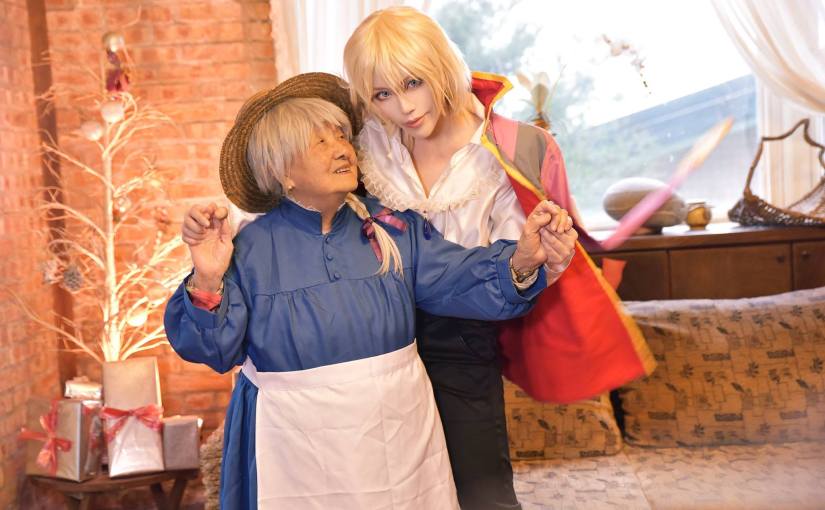 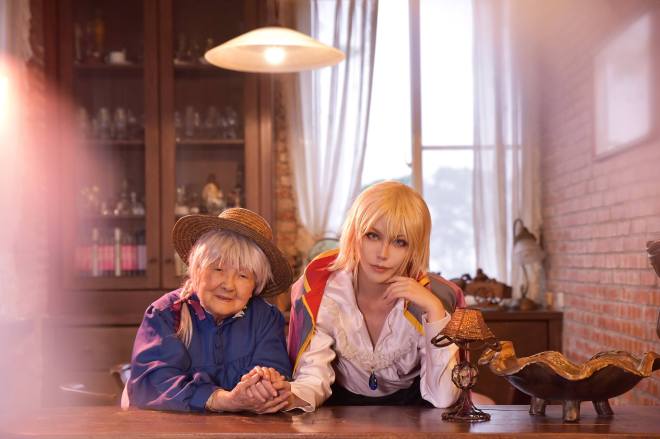 Howl’s Moving Castle is one of my favorite Ghibli films, it gives Princess Mononoke a good run for it’s money. It’s a movie my college roommates and I would watch quite often (and my bestie and my’s sneaky way of getting them to watch anime muahaha). So it has a special place in my heart. I have always had a soft spot for cosplay from it. So when I came across Taiwanese cosplayer Hizuki Aya’s cosplay of herself as Howl and her grandmother as Sophie, I about melted into a pile of goo. Aya is better known as Yao in cosplay circles, and she does most of her work with her friend Alma on their cosplay page.

For those who don’t know, the story is basically a young woman named Sophie is magically aged by a woman known as The Witch of the Wastes, transforming her into an eldery woman. She leaves her home to try and stumbles across Howl’s Moving Castle, a crazy steampunk castle-monster-thing and home to the infamous wizard who is rumored to eat the heart’s of beautiful women. She poses as his new housekeeper and is brought into the crazy world of politics (there’s a war going on and the king is calling all witches and wizards to come to the country’s aid), Howl himself (he can turn into a giant bird, but turn too many times and you’re stuck forever), and the fantastical mismatched family he has (a young apprentice, a fire demon for a fireplace, and more). It’s a really lovely story and basically it’s a tale of seeing the inner beauty rather than the outer and it’s a magical tale that has Sophie discovering love, family, and herself. And of course it’s beautifully animated. 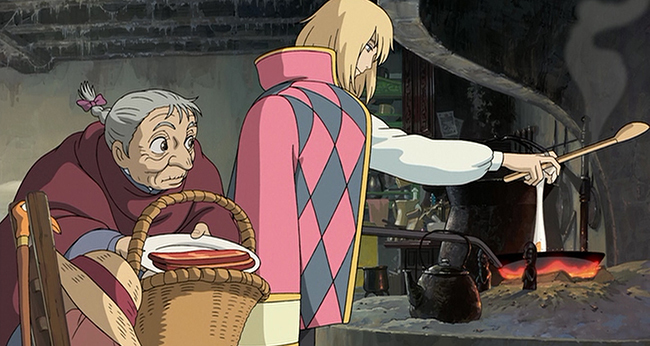 Just looking at the images above, the pair make a fantastic Sophie and Howl. They’re practically perfect in every way actually. But moreover, what I love the most about this cosplay shoot, is the fact it’s a family affair. Here you have a granddaughter participating in her favorite thing with her grandmother, involving her in something that she loves. Likewise, you have a grandmother supporting her granddaughter in a beautiful way.

Not to mention they’re just. so. perfect!

Do check out the rest of Yao’s cosplay because it’s AMAZING. Seriously. Girl’s got skills. Check out her Facebook.