I love Peter Capaldi. No, you don’t understand, I love him. A beautiful versatile and cathartic actor, this damn man has made me cry and howl with laughter so many times I think I have a hernia. He’s a fearless and emotional actor who is going to do amazing things with his new role as The Doctor. When the speculation was abuzz about who was going to be the next Doctor, we all had our favorites. When Capaldi’s name was thrown into the ring, I jumped on it. I thought it was a dream and far too good to be true. It was the perfect casting in my eye and when the announcement was made… I fell off my bed. It’s true. I flailed and screamed so much I genuinely fell off my bed. I was so excited and I am STILL so excited. When he briefly appeared in the 50th Anniversary episode I screamed again.

His first proper adventure as the 12th Doctor premieres on the 23rd of this month on BBC One and it’s feature length. Not only that, it’s getting a red carpet premiere in Leicester Square and you can watch it in cinemas around the world. To say we’re all ready for The Doctor’s return is an understatement.

Some of you, however, may not be as well acquainted with the glory that is Peter Capaldi, so allow me to point you to some shows, or at least episodes, that you should watch to gear up for Deep Breath.

1. Doctor Who: Fires of Pompeii

What better place to start than to revisit Peter’s first episode? He plays the sure-to-be-doomed Lucius Caecilius Iucundus, a Roman merchant and art enthusiast (he asks to buy the TARDIS) who has the misfortune to live in Pompeii. While it’s far from the best episode of Doctor Who, it does give us a few bits of interesting trivia. 1) RTD had a reason for Capaldi being in both Doctor Who & Torchwood (next on the list) and he’s discussed with Moffat and 2) It gave us the premiere date for Series 8.

See what they did there? 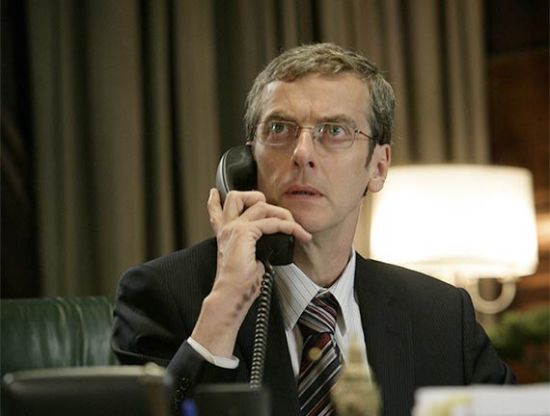 I can hear the collective whimper across the internet. Yes, Children of Earth. It’s a doozy. Torchwood’s third and best series (arguably more of a mini-series event) is a terrifying look at the horrific nature of human beings and the decisions we make. There’s social commentary on class and race and so much more and in the mix of it all is poor John Frobisher. He’s the middle man stuck between the government and an alien invasion that threatens every child on Earth.

He’s a pawn and his slow realization of this and his helplessness and desperation to do the right thing is downright tragic to watch. Capaldi never overplays it. Instead we see his inner struggle, the pain and panic, and his ultimate decision will leave you sobbing.

Like, that plot line had balls. Big big balls and they’ve remained unapologetic for it, which is fantastic. But prepare to have your heart ripped out of your chest cavity and set on fire.

There are many truly amazing things about Children Of Earth, and one of them is that you don’t actually have to have watched the first two series of Torchwood to understand and enjoy it. If you want a teaser, as well as part of Peter’s performance, here’s a clip. Naturally spoiler warning as it rather explains the title being Children of Earth.

There is a theory that Frobisher IS The Doctor… which would be all sorts of horrifying, but a damn good twist considering what happens.

Peter is only in the second series of The Hour (which I am still so angry and bitter over being cancelled, but we’ll save that rant for another day), but he has a large presence. He played Randall Brown, the OCD Head of News who is unapologetically cool, collected, and will not take anyone’s shit. He also fights to bring out the best in his journalists and doesn’t settle for second best. His own sub-plot is also incredibly intriguing and touching. If you’re not adverse to spoilers (& this is a biggie), then watch this scene. If you’ve seen The Hour… you know what scene I’m talking about. I cannot recommend The Hour enough. Randall was the character that made me fall in love with this man’s acting.

Oh Malcolm Tucker. The foul mouthed Director of Communications is probably the role Capaldi is best known for. The Thick of It series and its film, In The Loop, are hilarious political satires that actually do a really good job of showing how the UK’s government works in a weird way. Ministers and departments a plenty, there’s none that escape Tucker’s wrath. There was actually a swearing consultant on this show who went through all the scripts and added the swear words. What a job.

There’s been tons of jokes about the idea of the 12th Doctor having a mouth like Malcolm Tucker. My favorite is OnlyLeigh’s animated parody, which you can watch on her YouTube. There’s got to be a Malcolm Tucker reference in Series 8 or the world will cry. But yeah, if you want a laugh and to be truly amazed at the ability in which Peter Capaldi can insult and offend, watch this show and the film. Hilarity.

Also, it was just announced that his co-star in The Thick Of It, Chris Addison, will be joining the cast of the finale!!

I waxed poetically about why everyone should watch The Musketeers over at 3 Chic Geeks earlier this year. Capaldi is a delightfully fiendish Cardinal Richelieu, and while I’m delighted he’s the 12th Doctor, I am GUTTED he won’t be in series 2 of The Musketeers. It had to happen, I know, but what I wouldn’t have given for another series of him scheming with that evil facial hair of his. I don’t think he will be in series 2 at all… he’ll just be… dead. Cardinal Mazarin is a douchecanoe too, but Richelieu really was Cardinal Douche of France. Plus, look at that cape!

You should definitely check out The Musketeers though. It is raucous good fun, has great female characters, and there are lots of attractive men in hats and leather.

So there’s my five suggestions for you all who may be knew to your new Lord and Master, Peter Capaldi. I’m so excited for the premiere and cannot wait to see where the 12th Doctor takes us. What are some of your favorite roles that Peter has done? Seen any of these? Let me know in the comments!

@CurlyFourEyes @BadWilf If you can track it down, I’d hugely recommend The Cricklewood Greats.

9 thoughts on “Get Capaldified: 5 Shows to Watch Before Series 8”