My work with The Baker Street Babes has afforded me a lot of amazing opportunities. I’ve been on red carpets at award shows, I’ve interviewed actors and authors, I’ve gotten special passes… tons of stuff. It’s insane and I’m always so very thankful and humbled by everything we’ve been able to do. A few weeks ago we at the BSB and some friends filmed a bit for Japanese television about their new Sherlock Holmes puppet show. Just found out it aired. 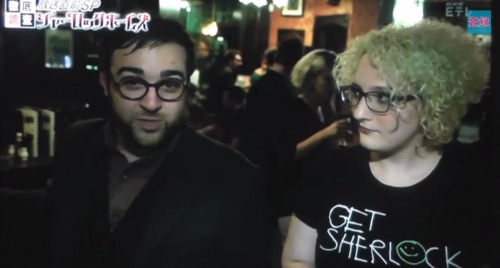