Getting the invite to the Square Enix media suite was a joy and a half. Since my Assassin’s Creed binge extravaganza, I’ve been desperate to really throw myself into gaming. Square Enix was the first company to win my heart with Kingdom Hearts back in the day, so when I saw they were offering a chance to play with ReMIX 2.5, I jumped at the chance. I also noticed they were offering demos of Final Fantasy Type-0 HD, and so I lept at that as well.

There’s something to be said for the mythology of Kingdom Hearts. It’s a game and universe that is rich with history, characters, and as many alternate universes as you can imagine. It was an unexpected hit back in the day, and I think that’s fair to say given it included Disney characters. Who knew so many gamers would be gung-ho about battling monsters with Goofy and Donald Duck? I distinctly remember picking it up as a pre-teen and thinking, sure, this is a game I can play. I had only really been into Legend of Zelda up until then (and I had only played Final Fantasy 10), so I had no idea what to expect. 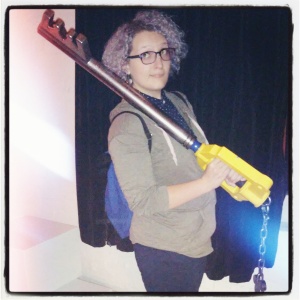 I instantly fell in love, and that love continues to today, despite the fact I haven’t played a Kingdom Hearts game since Chain of Memories. Life, moving abroad twice, and school got in the way (I know, lame excuse). However, my love for the games and the world continued and so as I sat there meeting these new characters and knowing they fit into the Kingdom Hearts world, I felt like I was embracing an old friend. And by embracing I mean destroying them with my keyblade.

ReMIX 2.5 isn’t a new game. Instead it’s a compilation of previous games that have been added to and remastered for the Playstation 3. This follows the success of the first remix.

ReMIX 2.5 includes three games that have been fully remastered in HD, aspect ratio and all.

I played Birth by Sleep during my appointment and it was just gorgeous. You could tell that it was originally for a handheld (it was launched on PSP), but it’s been converted very well. The detail is stunning and it’s transferred very well. The multiple menus with your command deck and drift compatibility (not the technical term) were a bit cumbersome, but I only had forty minutes with it, and I’m sure it’d become second nature inevitably. Having not played this game when it first came out (never had a PSP, woe is me), I didn’t know that it was three storylines in one and you have to play through each one to finish it and see how they tie together. Super neat and interesting. I opted for the brooding older brother type and had a bit of a fight with Maleficent, which is always a great time.

Confused by the three games in one and how they all fit together? Playstation have put together a great video about it all, have a watch:

If you want to round out your Kingdom Hearts collection all on one console, definitely get ReMIX 2.5. It’s a must for any Kingdom Hearts fan and even if you did play the various games when they first came out, to replay them on the PS3 will be a treat.

Super thanks to Square Enix for inviting me along to play the game! 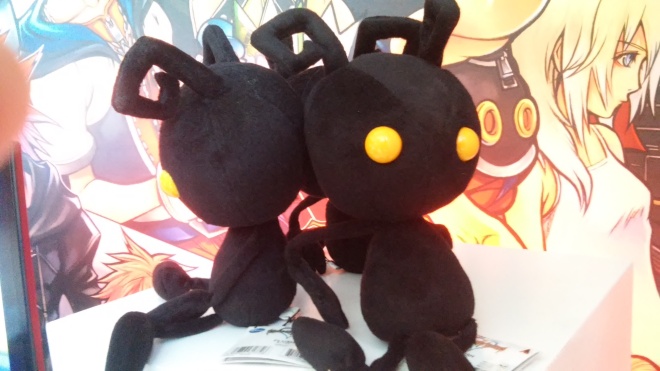